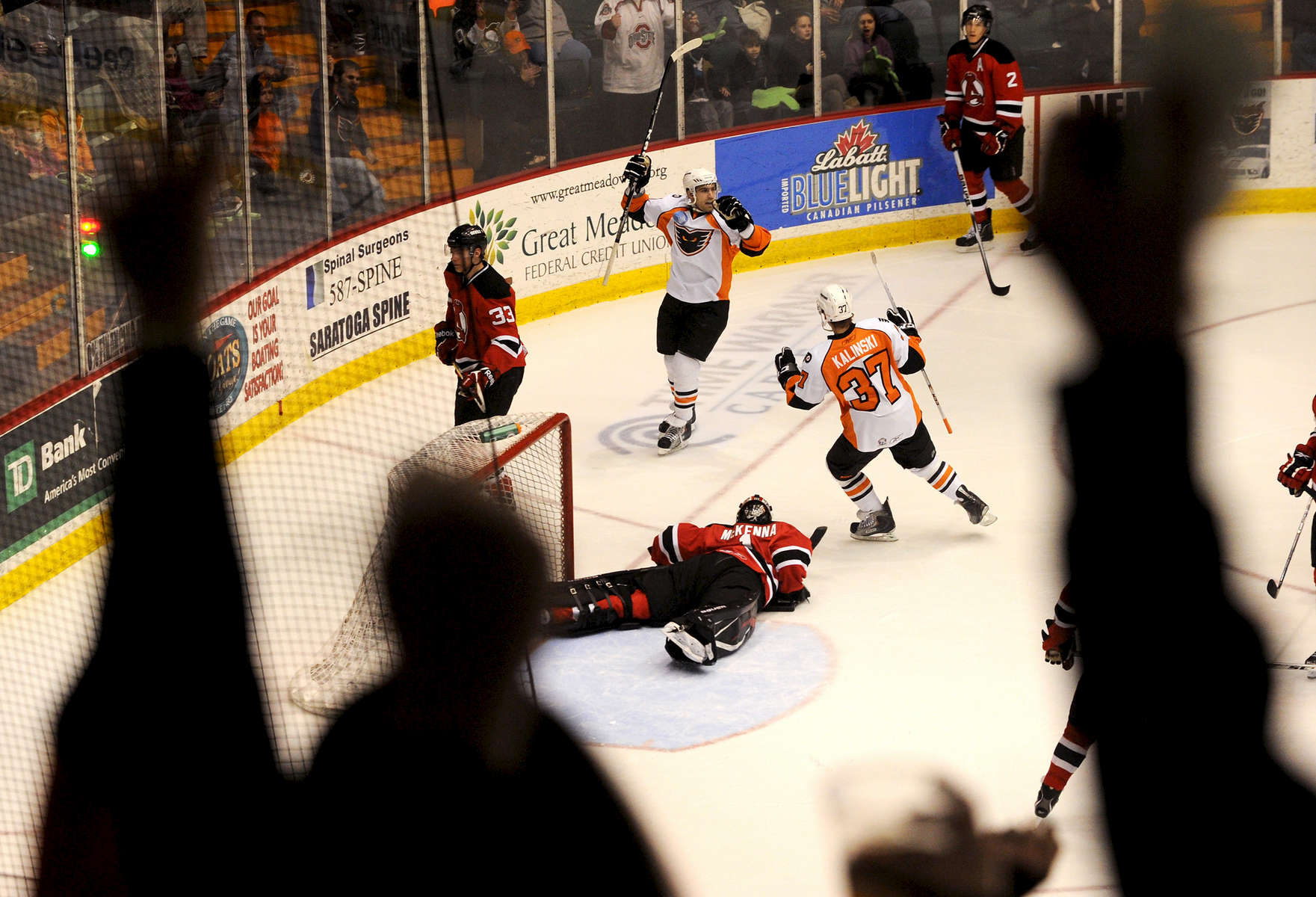 Albany Devils goalie Mike McKenna is splayed on the ice and Phantoms fans celebrate as Jonathon Kalinski, 37, and Cullen Eddy react to Eddy\'s second period goal that put the Phantoms ahead 6-2 Friday night, April 1, 2011, at the Glens Falls Civic Center. McKenna was pulled from the game after the goal and replaced by Jeff Frazee.