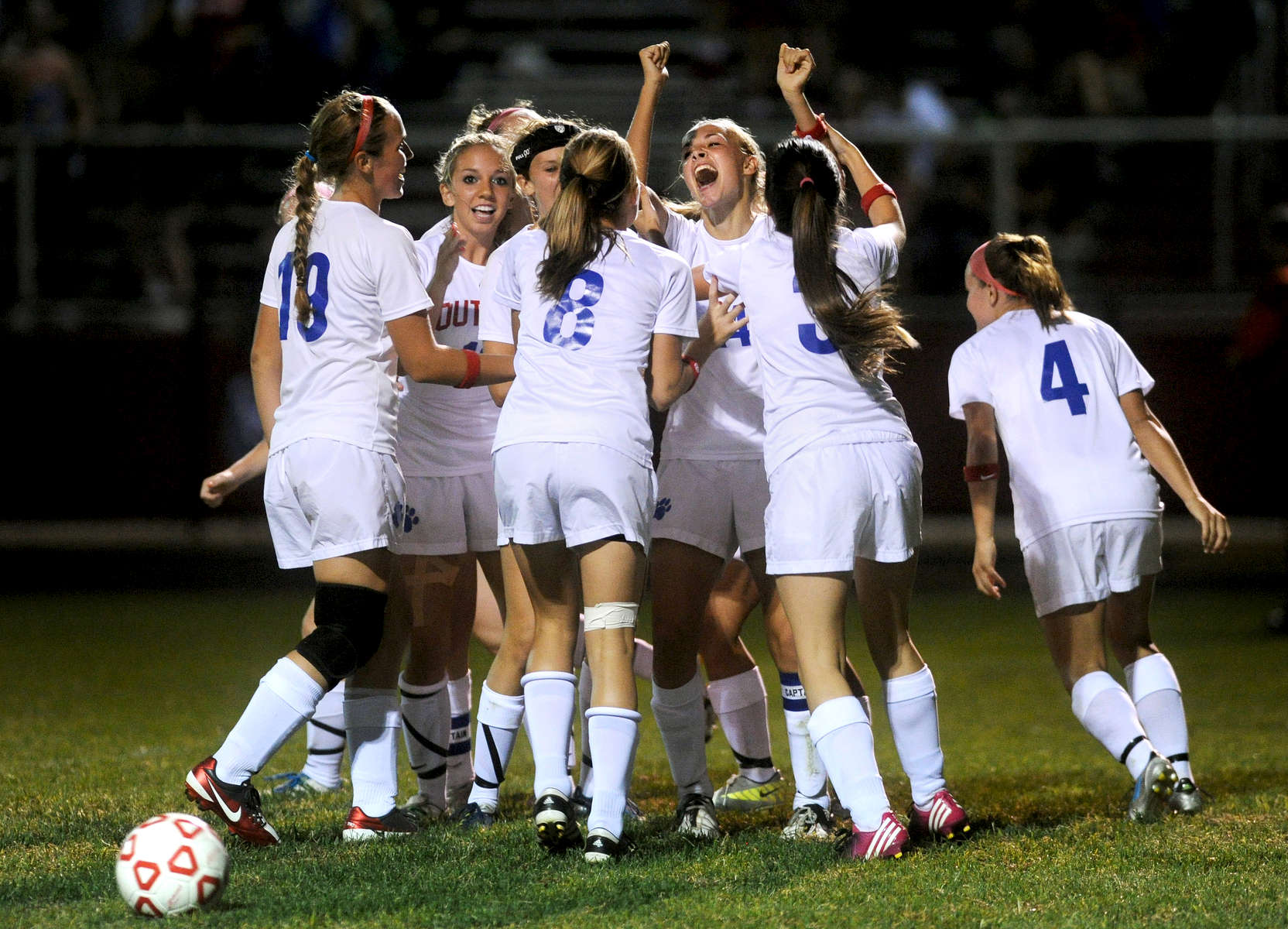 
South Glens Falls players huddle around Sammy Blizzard, raising her arms, after she scored a goal to go ahead of Queensbury 2-1 in the first half of their Foothills Council soccer game in South Glens Falls Thursday, September 13, 2012. Blizzard would go on to score the deciding goal late in the second half to give South High a 4-3 victory.