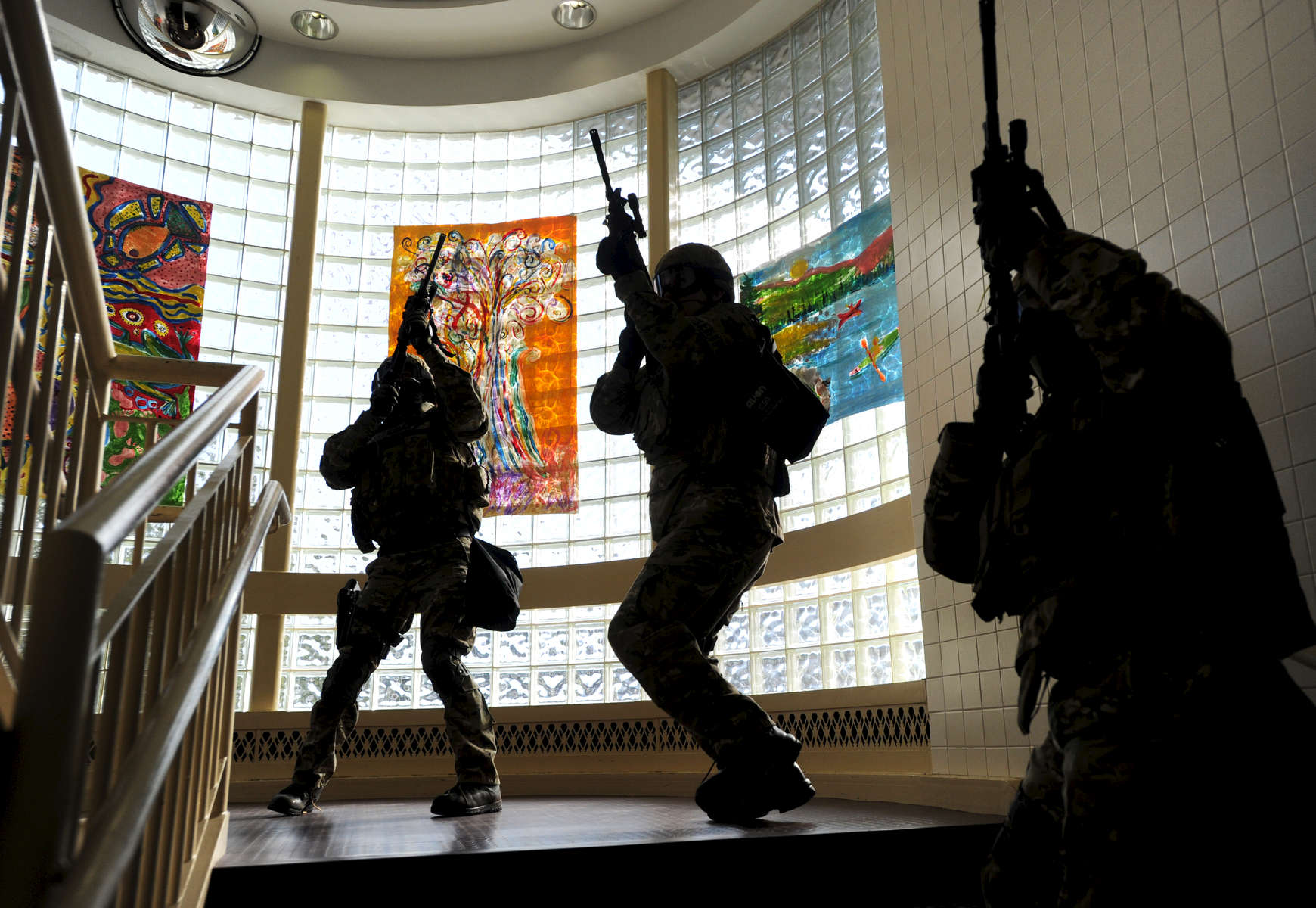 Members of the new Warren County Sheriff's Office Emergency Response Team participate in an "active shooter" drill at William H. Barton Intermediate School in Queensbury Sunday, October 17, 2010. The drill included shooting victims and a mock gunman that police had to locate and disarm. The victims were then transported to the Glens Falls Hospital where staff practiced their response to such an event.