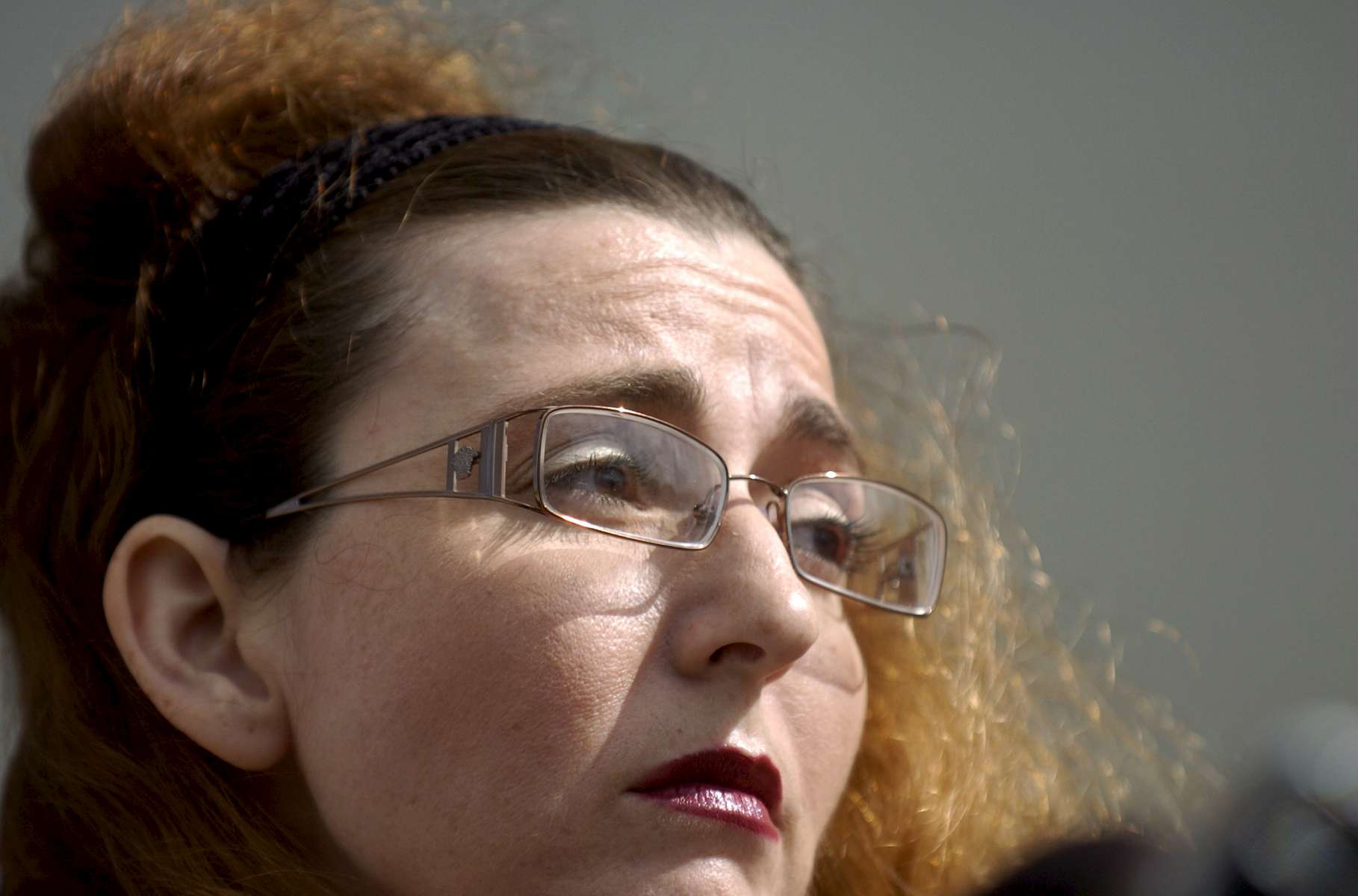 
(08/12/08) (Staff Photo/Jason McKibben) -- Grief is apparent on Ellen-Beth Fullwood\'s face as North Port Police Chief Terry Lewis announces that a suspect has been arrested in the rape and killing of her daughter Coralrose Fullwood Tuesday, August 12, 2008. Patrick Dewayne Murphy, 27, has been charged him with the rape and murder of 6-year-old Coralrose Fullwood, whose body was found Sept. 17, 2006, in a wooded lot a few blocks from her North Port home.